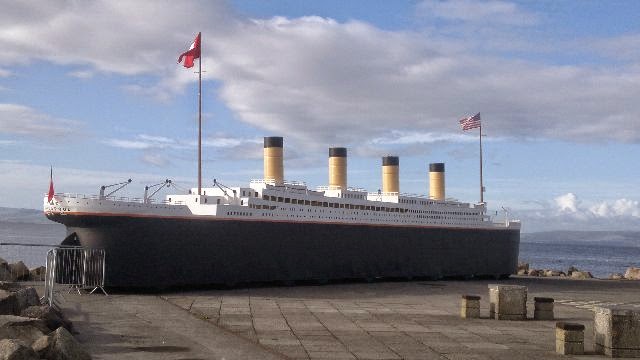 The above notes were prepared by me for a daily talk I gave at the exibit of the replica Titanic at the Prom opposite the Aquarium during August 2012. I tell these and other Titanic Stories on my Galway Walking Tours, www.galwaywalks.com

Here's what was on show;

From Mayo to Galway - with love, ' The Titanic' on the Prom!

Visitors to Galway, and locals alike, might be surprised this week by the graceful presence of the Titanic, 'moored' on Salthill's promenade, one of Ireland's best known seaside resorts. The replica 1/10 scale model of the famous ship, is on loan to Galway from the Mayo community of Addergoole, who celebrated the centenary of the ship's sinking last April. The commemorative events in the tiny Mayo village of  Laherdane were the focus of national and international media coverage, and 'the boat on the bay' is already attracting hundreds of curious onlookers to Salthill. The Titanic replica is 88 feet long, and is accurate in every detail, down to the portholes, smokestacks and anchors, and the decks are fully illuminated at night.

Eleven young emigrants from Mayo lost their lives on the ship, a tragedy which devastated the local community, and prompted a group of local men from Addergoole to build a model of the liner. They worked tirelessly and in secret over a period of eight weeks, to ensure that the replica was in place for the opening ceremony in April this year. The 'gift' from Mayo is an acknowledgement and mark of respect to the nine Galwegians who boarded the Titanic at Cobh in April 1912, six of whom lost their lives. "It was a real labour of love," according to Brian Nolan from Salthill, who is also a founding member of the Addergoole Titanic Society, "and while the locals are missing it terribly, it's great to be able to recognise Galway's loss on the Titanic too," he said.

Martin Gallagher, from Galway, was one of those who selflessly helped up to nine women into lifeboats before he lost his life. Another of the more well known Galway connections to the ship is Eugene Patrick Daly, a weaver, originally from Athlone, but who subsequently settled in St John's Terrace, Galway., where he worked at the Galway Woolen Mills, and was also a popular local musician.  Eugene testified at the Titanic Hearings in New York, and his credible eye witness testimony of the chaotic scenes and passenger discrimination onboard the Titanic was instrumental in the passing of new Lifeboat laws for passenger ships.
The West of Ireland connection to the ship extends to Connemara where Bruce Ismay, owner of the White Star Line, lived for thirty years.  He escaped the stricken ship on the last lifeboat, but his reputation never recovered.

In spite of it's tragic history, the Titanic and it's present-day replica continue to fascinate and attract the interest of passersby. Managing Director of Salthill Tourist Board Roger O' Sullivan, was impressed by the efforts of the Mayo community to keep the story alive, and he took the initative to bring the ship to Salthill in memory of the lost Galwegians. "The Titanic is just one of many welcome visitors to Galway this week, and is a continued boost for local business who are delighted with the increase in trade," he said. The arrival of the ship was celebrated at a launch in the Galway Business School in Salthill on Friday, where the Mayor of Galway Terry O'Flaherty welcomed the local tourist initiative. 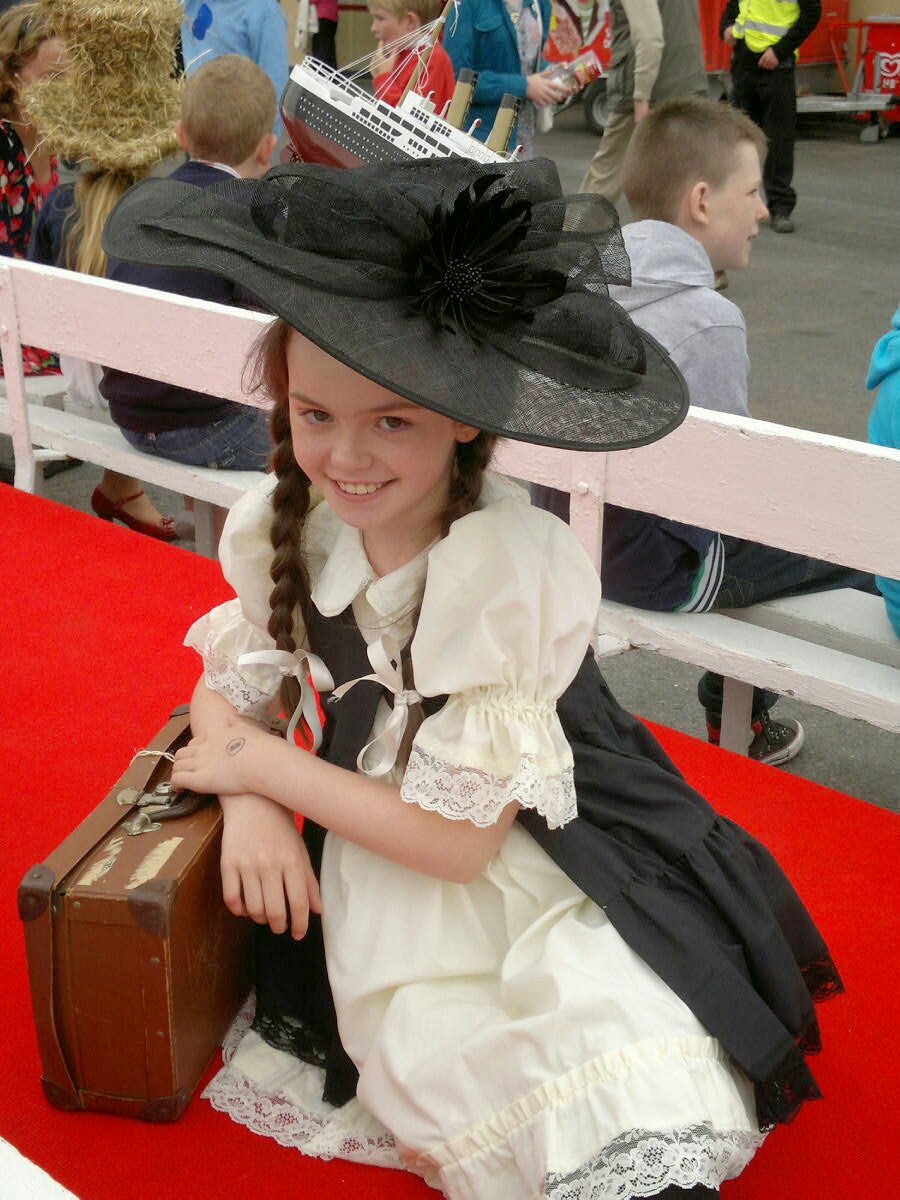 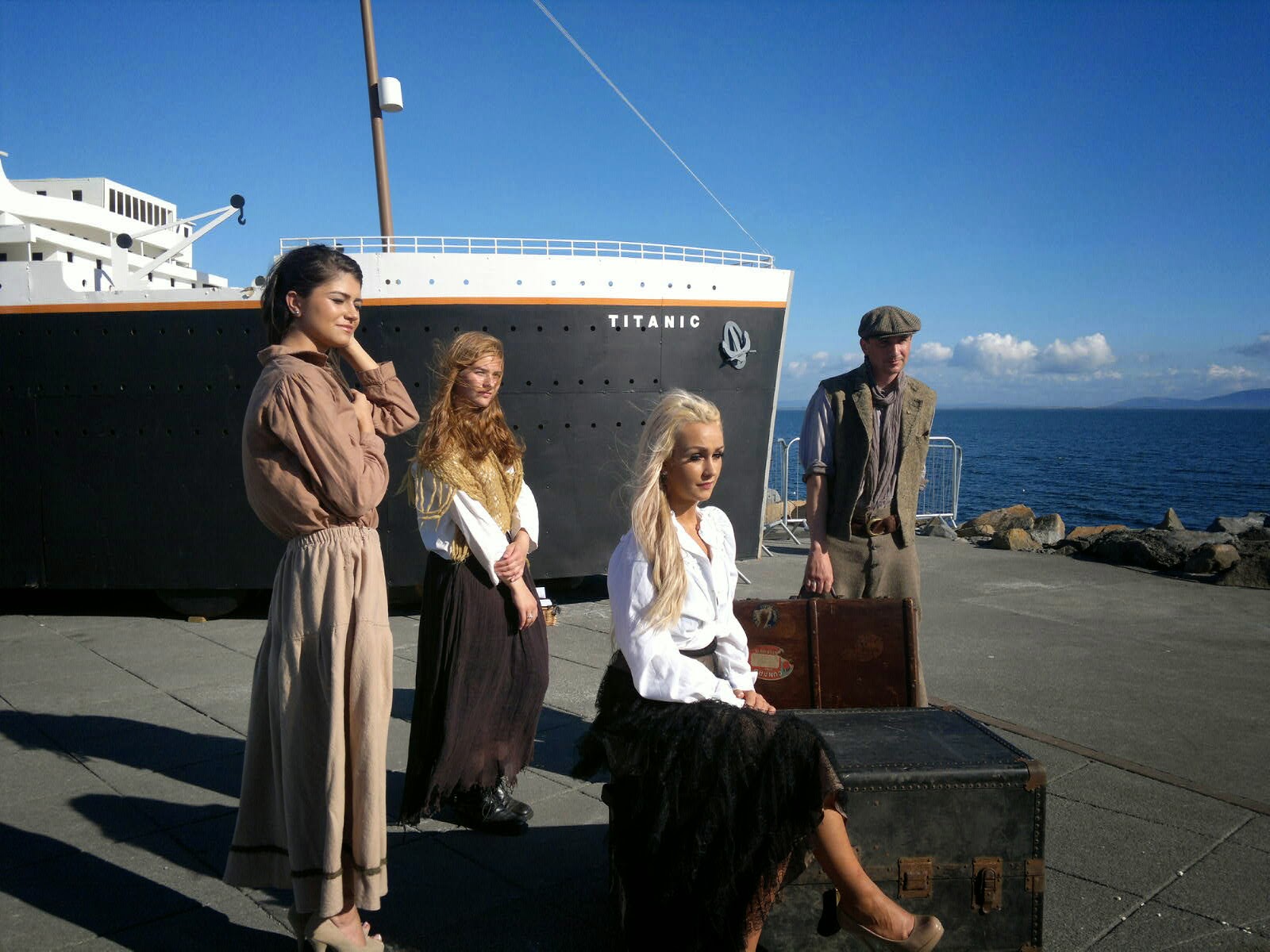 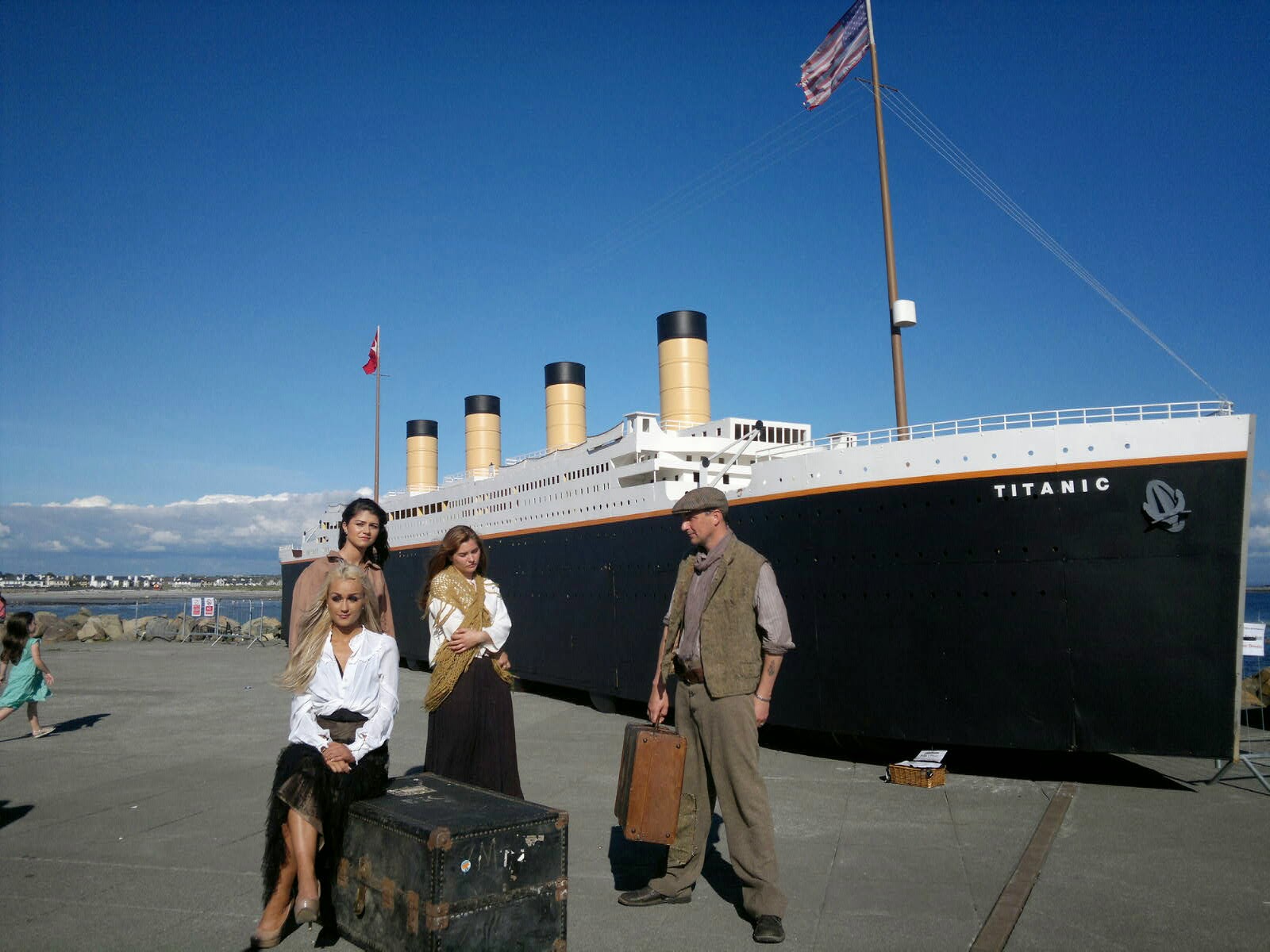 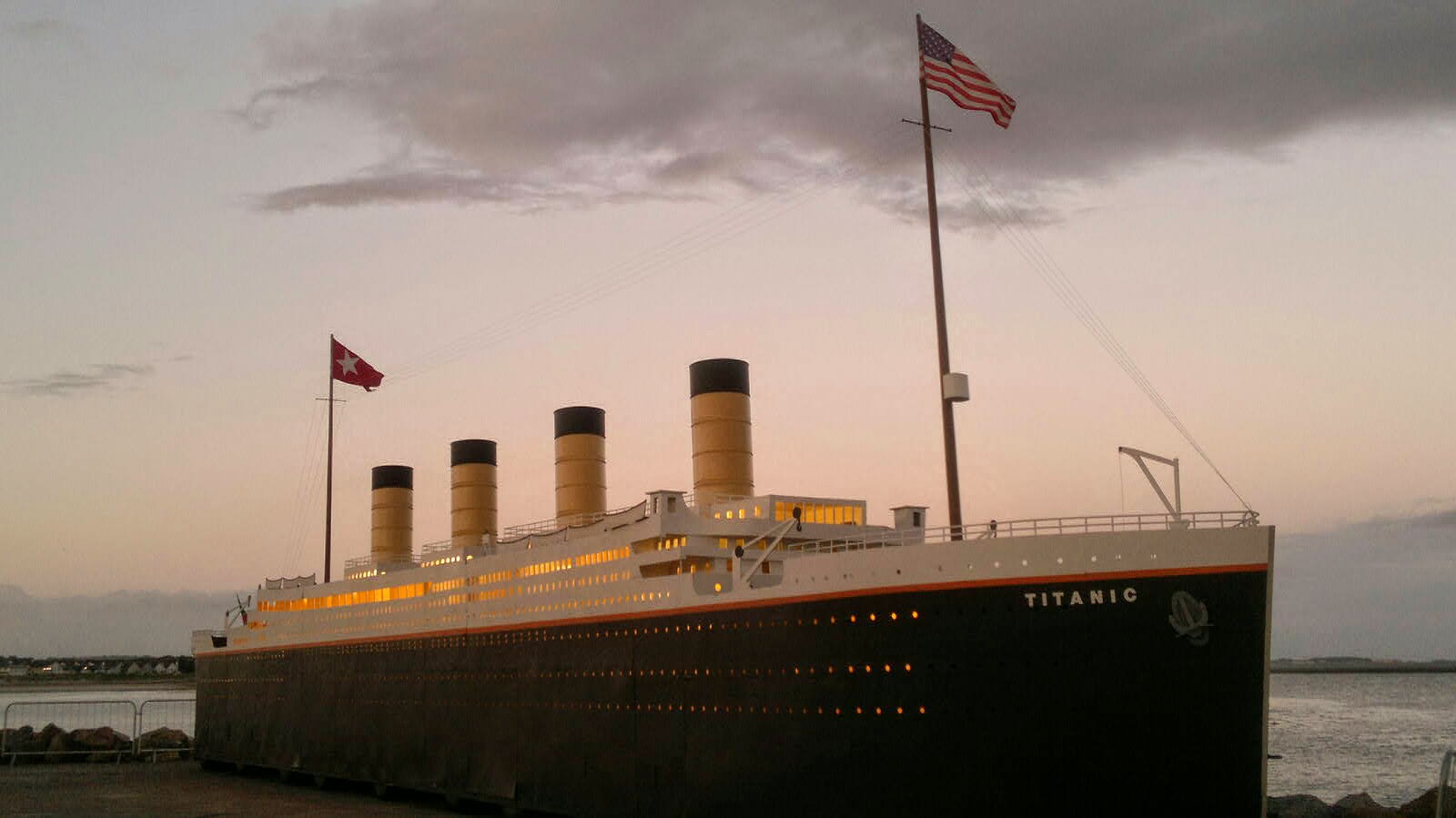 Situated on the prom, opposite the Aquarium, it's an ideal spot for a fun day out, with many visitors already enjoying close access to the ship for family photos. Titanic memorabilia and souvenirs are available from 10 am in the adjoining tent where talks on the boat's history will take place each evening at 7.pm, beginning on Saturday August 4th,and continuing until August 20th.
Volunteers who would like to take part in promoting Galway's historic link with the ship, are invited to contact Brian Nolan directly on 086 327 3560.
ENDS

The replica Titanic is now housed in a warehouse in Castlebar, County Mayo, awaiting sailing orders.
Who knows where it will go next? (after necessary repairs and refurbishment of course!)
Posted by Walking Tours of Galway at 09:46